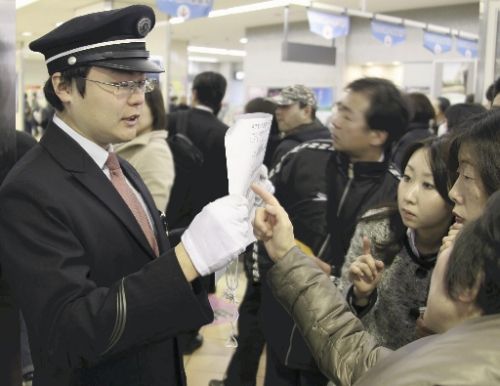 In the wake of Japan’s devastating earthquake and tsunami, some observers have been pondering an interesting question: why hasn’t there been any looting or theft?  In many places, looting seems to be an inevitable consequence of the overwhelming circumstances and hardships brought on by natural disasters.  Yet, despite suffering the world’s fifth largest earthquake on record and alarming shortages of basic living necessities, the Japanese have calmly resisted any temptation to take what isn’t theirs.

While visiting and living in Japan, I had several occasions to marvel at the inherent trustworthiness of Japanese strangers.  I once accidentally left a book at a Kinko’s near Tokyo station on a business trip.  By the time I got back to my hotel down the block and realized the book was missing a short while later, the Kinko’s staff had already returned the book to the hotel’s front desk.

On another trip to Japan, I somehow managed to leave a shirt and the equivalent of about $20 in change in my hotel room.  When I returned to the hotel on another trip about six months later, the front desk person promptly pulled out a neatly wrapped plastic package containing everything I had left behind last visit.

It turns out my experience is far from unique.  Mikako Kato, a Tokyo magazine editor, lost her wallet five times in 14 years according to a CNN article by Yuki Oda.  Every time, the wallet was returned to her, complete with her credit and identification cards and even a “good deal of cash.” 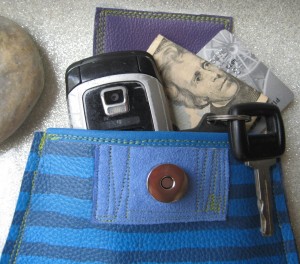 Japan has a long history of returning things that have been lost.  In a fascinating New York Times piece from 2004, Times columnist Norimitsu Onishi described how small lost-and-found centers all over Japan are based on a “1,300-year-old system that long preceded Japan’s unification as a nation and its urbanization.”  Under a code written in the year 718, lost goods, animals and even servants had to be relinquished to a government official within five days of being found.  From early on, Japanese children are taught to turn in any lost items they find to the police in their local neighborhood.

The Tokyo police department maintains the mother of all repositories for lost items.  A massive four-story warehouse, the Tokyo Metropolitan Police Lost and Found Center contains four floors of some 800,000 or so missing goods, including everything from diamonds to dentures and millions of dollars worth of stray Japanese yen notes and coins.  In 2002, the Tokyo Lost and Found Center took in $23 million in missing cash, 72 percent of which was returned to its rightful owners.  On any given day, about 5,000 new items made their way to the center in 2003, translating to a yearly in-take of about 1.62 million missing articles.

In case you’re curious about the item most commonly returned to the Tokyo center, it happens to be umbrellas.  The entire bottom floor of the center’s warehouse is devoted to the safe-keeping of some 300,000 umbrellas of all sizes and designs, even though the rate at which they are reclaimed, 0.3 percent, is the lowest of any item. 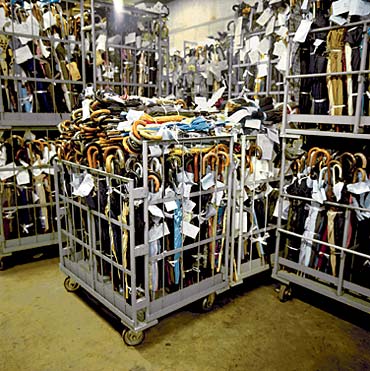 The work has only just begun once the missing items reach the Tokyo police’s Lost and Found center.  Every item that enters the center is meticulously labeled with the time and place of recovery and archived in the center’s public computer database of lost items.  The database can be searched by anyone (in Japanese) looking for their misplaced articles through the police website.  The 30 or so police officers working at the center even try to personally contact the items’ owners when they are able to discern their identities. 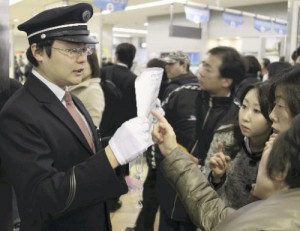 Japan’s remarkable penchant for returning lost items and refusing to loot are products of a culture that emphasizes the importance of group harmony or “wa.”  In Japan, the influence of wa pervades social interactions in all forms of Japanese organizations from corporations to professional sports teams, as described in works such as Robert Whiting’s engaging book about Japanese baseball, You Gotta Have Wa.

Taking advantage of a fellow countryman’s extreme, uncontrollable hardship for one’s own benefit, even in such desperate times of need and necessity, seems to fly in the face of the core values that guide Japanese behavior and hold Japanese society intact.

Japan’s absence of post-quake looting is an endearing back-story to the endless stream of news headlines about the earthquake and its aftermath.  Japan’s Prime Minister Naoto Kan has called for the country to band together to overcome the worst disaster Japan has faced since WWII.  Japan’s impressive refusal to succumb to the powerful temptations of extreme personal hardship and uncertainty suggests the country’s core social value of harmonious coexistence has survived intact and will be sure to serve the nation and its people well in getting through this most challenging of times.