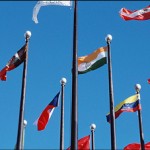 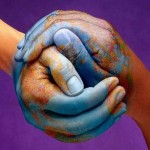 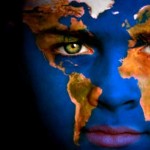 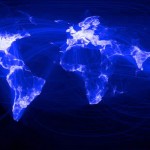 Globalization is one of the defining trends of the 21st century.  Rapid international development drives growth in the increasingly dense web of connections between developed and developing countries around the world.  Advances and cost reductions in communications technology and transportation have made it ever easier to collaborate with associates in other countries and remote locations.

It’s hard to think of any aspect of modern life that globalization does not influence or touch in some way.  The rising tide of globalization plays a growing role in business, culture, the environment, human migration patterns, international development, politics and science and technology.  The many, substantial benefits of globalization include higher average incomes, greater innovation, richer cultural exchanges and improved standards of living around the world.

Globalization is often associated with economic development, financial markets and international business.  In this context, the term globalization refers to the increasingly free flow of goods, services, financial capital and labor across national borders.

Prominent indicators of economic globalization include international trade volumes, levels of foreign direct investment (FDI), and the growing number of top companies from developing countries.  The share of the world’s largest 500 companies that are based in emerging markets doubled in just five years, from 8.2 percent in 2005 to 17.4 percent in 2010 according to The Economist.

As multinational corporations invest in international operations and expand their global value chains, intra-firm trade between related subsidiaries in different countries contributes to a substantial share of the growth in international trade and increase in economic globalization.

The global work force is more mobile than ever before.  Workers move within and across national borders to take advantage of the ample economic opportunities arising from international development and economic globalization.  In the European Union (EU), workers move freely between countries to improve their economic prospects by finding the best fit between their skills and employers’ needs.

In developing countries, many people move to dynamic, growing cities to find more attractive employment opportunities with local companies serving international markets or foreign multinational corporations that set up shop to serve the local market.  In China, migrant workers’ annual trek home from the cities to visit family for the Spring Festival and Chinese New Year leads to the world’s largest human migration.

Many workers from developing countries travel to foreign shores to improve their employment prospects and quality of life.  Remittances from migrant workers within and across national borders improve the living standards of families in distant, less developed hometowns and can even play significant roles in supporting the national economies of migrants’ home countries.

Over 35 percent of science research articles are the result of international collaborations among researchers from different countries, a 40 percent increase from 15 years ago, according to a 2011 study by the U.K.’s Royal Society.  The number of internationally co-authored papers has more than doubled since 1990.  Fourteen countries in the Royal Society study experienced more than a three-fold increase in their standard domestic publication impact by collaborating with one or more of 22 partner countries.

Developing countries, particularly the BRIC nations of China, India and Brazil, account for a large portion of the increase in science research publications.  From 2002 to 2007, the three BRIC countries more than doubled their spending on science research, bringing their collective share of global spending up from 17 to 24 percent.

Globalization plays a major part in many forms of cultural and artistic exchange.  Traveling companies of performance artists share their art forms and local traditions with audiences around the world.  Culinary professionals ranging from globe-trotting celebrity chefs to line cooks spread local flavors and food culture by moving from kitchen to kitchen and opening new restaurants across the globe.

All this is not to say that the benefits of globalization come without any costs.  Permanent economic shifts can have disproportionately high burdens on select groups.  In these cases, more proactive measures need to be taken as far in advance as possible to help mitigate the strains that can accompany the gains from globalization.

Despite its great benefits, globalization can also bring about an increasing homogeneity at odds with sustaining local variety, traditions and culture.  In the interest of maximizing the gains and minimizing any potential losses from globalization, it’s worth thinking about actions that can be taken to ensure that the richness and diversity of local cultures can coexist and thrive in an increasingly global, interconnected world.  Fortunately, by contributing to a more efficient global market that can put local cultures in touch with a much larger global audience, globalization itself also holds the potential to help maintain and promote local traditions and diversity.