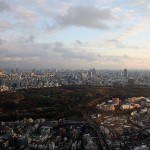 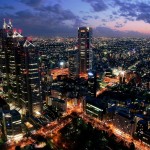 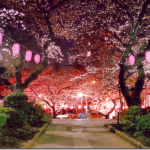 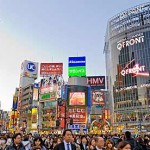 Tokyo, Japan is the original mega-city, a throbbing, dynamic metropolis of 32.5 million people, well over 50 percent more massive than the world’s next largest metropolitan areas.  With populations clustering around 20 million people, the metro regions of Seoul, Mexico City, New York and Mumbai are all less than two-thirds the magnitude of the Tokyo metro area.

Tokyo’s ranking as the world’s number one city goes well beyond the sheer scale of its population.  Its lively Shibuya district is home to the world’s busiest intersection, a vibrant pedestrian scramble which people traverse from every direction at the same time.  Tokyo’s famously bustling Tsukiji Market plays fishmonger to the world as the largest wholesale fish and seafood market on the planet.

Yet, despite its immense proportions, many worldly, well-traveled observers marvel at how well Tokyo functions.  Tokyo’s subway trains, packed to the gills during peak rush hour travel times, are known for arriving and departing with impressive precision.  Moreover, the city manages to keep a comfortable handle on pollution, crime and other challenges that often accompany such immense urban environments.

Tokyo is home to Japan’s financial markets, the headquarters of many leading Japanese multinationals, the most prominent names in Japan’s consumer retail landscape, the national government and the well-endowed Tokyo Metropolitan Government (TMG).  The Kasumigaseki area of Tokyo is the central location of the ample bureaucratic resources of Japan’s national government apparatus.  The Ministry of Finance (MOF) and Ministry of Economy, Trade and Industry (METI), in particular, have tended to exert a significant influence on Japan’s corporate world and business environment.

Not far from Tokyo Station, the Imperial Palace and its picturesque surroundings are home to the Emperor of Japan and Japan’s Imperial Family, though the Emperor’s role is largely symbolic these days.

Japan is a food-crazed, gourmet nation, and Tokyo is the center of the country’s contemporary romance with all things food.  While the richness of Japan’s sophisticated culinary fabric stems from a long history of admiration for regional and seasonal delicacies, Tokyo is the modern destination of choice for many of the world’s most accomplished chefs and restauranteurs.

Tokyo restaurants garnered more than twice as many combined Michelin stars as any other city in the world as of 2010.  As a testament to the heights of Japan’s food culture, second and third place honors went to two other Japanese cities, Kyoto and Osaka, which each racked up a total of 100 and 90 Michelin stars, respectively, versus Tokyo restaurants’ enviable 240 total stars.

Tokyo and its many sub-cultures also stand out as noteworthy incubators of innovative design and global fashion trends.  Famous examples of acclaimed, eye-catching Tokyo architecture include Prada’s luxurious glass emporium by Herzog and de Meuron in the fashionable Omotesando shopping district, Kenzo Tange’s Tokyo Metropolitan Government Building and Tadao Ando’s Omotesando Hills.  Herzog and de Meuron, Tange and Ando are all past laureates of the Pritzker Architecture Prize. 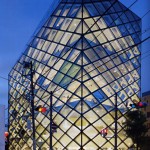 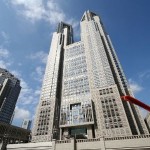 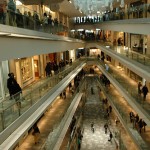 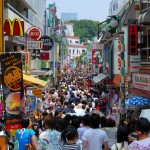 Cost of Living and Visiting

Tokyo and other major Japanese cities consistently rank near the top of the leading global cost of living indexes by Mercer and the Economist Intelligence Unit (EIU).  The cost of housing and car ownership in particular tend to be quite high in Tokyo and Japan in general, especially by U.S. or other western standards of value when it comes to size, comfort and convenience.

On the other hand, visiting or living in Japan doesn’t have to be prohibitively expensive for those who are willing to use Japan’s highly efficient public transportation network and forgo expatriate accommodations in favor of more typical Japanese surroundings.  If you’re planning a stay in Tokyo or elsewhere in Japan, here are a few tips that can help keep your costs in check: