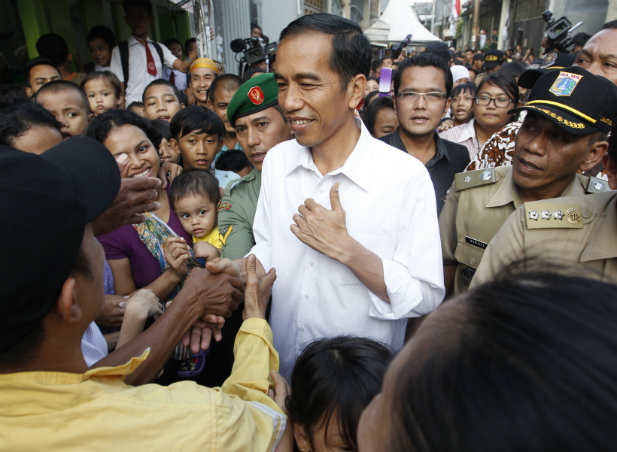 Jokowi is the rallying cry and first name on the lips of many people in the sprawling Southeast Asian nation of Indonesia these days.  An affectionate nickname short for Joko Widodo, Jokowi is the widely admired governor of Indonesia’s megacity capital of Jakarta, a man of the people and champion of honest, inclusive development.

Mr. Widodo’s star has ascended to the point that most assume he is a sure bet to succeed outgoing president Susilo Bambang Yudhoyono.  Once elected, Jokowi would lead the world’s fourth biggest country by population, third biggest democracy and largest Muslim country.

Jokowi: Indonesia’s Man of the People

Jokowi’s campaign announcement ignited no less than a social media explosion in one of the world’s most active populations of Twitter and Facebook users.

“Every day I go to the people, go to the street. I can ask the people what they want, what they need,” he tells James Ashton in an article in The Independent that compares and contrasts Mr. Widodo’s approach with that of gregarious London Mayor Boris Johnson.

“Democracy is about improving the lives of the people,” he tells Ben Bland in an article for the Financial Times.  “So I go to the ground, I go to the villages, I go to the riverbank, I go to the market to meet the people. I ask them what they want and what they need and we give solutions.” 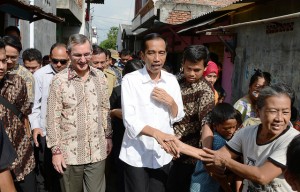 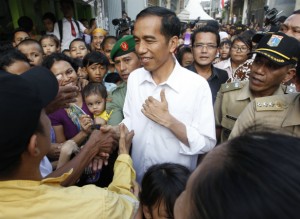 In office, Mr. Widodo has proven adept at lifting up the poor and downtrodden while promoting investment and modernization.  His approach seems cleverly calibrated to benefit all walks of life by enabling economic development while tackling endemic poverty and growing inequality.

As Mayor of his birth city of Surakarta, commonly known as Solo, Jokowi balanced the needs of informal street vendors with those of business interests that could spur economic growth.  His plan to preserve and promote the city’s cultural heritage empowered vendors while creating new opportunities for investment and employment in tourism and other local industries.

He also established a reputation for a hands-on leadership style that included regular visits to the city’s poorest neighborhoods and local government offices.  Keen to root out corruption and bureaucratic complacency, he “ … opted for a strategy of unannounced checks, merit-based promotions, and increased citizen scrutiny of public officials,” observes Christian von Lubke in the quarterly magazine Inside Indonesia.  The approach has proven both effective and popular with an Indonesian public tired of the old ways of pork-barrel politics and crony commerce.

The move to Jakarta from Solo was no small step. It was far from clear how the methods that worked in Java’s relatively sleepy hinterland would play in Indonesia’s bustling megacity capital.

From the outset, Jokowi has seemed undaunted by the challenge, and his approach to inclusive development and shared prosperity appears to be similarly well-suited to his new surroundings.  While occasionally – and arguably unfairly – criticized for not doing more, he can already point to a number of achievements from his short time in office.

Borrowing a page from his Solo experience, Jokowi took on the thorny issue of hundreds of street vendors in Jakarta’s Tanah Abang neighborhood who, with the help of shady officials and racketeers, refused to move from one of the city’s busiest avenues.  “After a lengthy series of public hearings and deliberative sessions, Tanah Abang’s street vendors agreed to relocate operations to subsidised indoor kiosks in a nearby market complex,” though the issue has yet to be fully resolved, writes von Lubke.

He has introduced free healthcare and education for the city’s poor.  After decades of delays, construction has finally begun on a subway system that could greatly help improve sustainable access to jobs and services.

He has also not shied away from the urgent need to address the frequent flooding that regularly inflicts damage on the city and especially threatens the homes and livelihoods of many of Jakarta’s poor.

Jokowi’s background and actions attest to his concern for Indonesia’s stunning, biologically diverse natural environment as well as its people.

He has made a point of planting trees and expanding urban green spaces.  To encourage greener living in congestion-prone Jakarta, he bikes to work on Fridays, regularly attracting an enthusiastic entourage of cycling citizens and journalists. 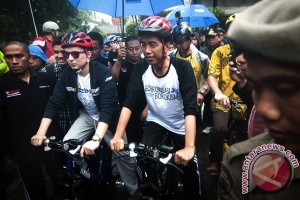 Before taking up business and politics, he earned an engineering degree from the Faculty of Forestry at Gadjah Mada University in Yogyakarta.  His technical and business training are well-suited to managing a developing country with an abundance of biological diversity, valuable natural resources and environmental challenges.

The signs are promising that Jokowi’s inclusive style would carry over to his role as president and approach to engaging the international community.  Not long before announcing his campaign, he initiated the first-ever meeting between the heads of the capital cities of Southeast Asia’s ASEAN countries. 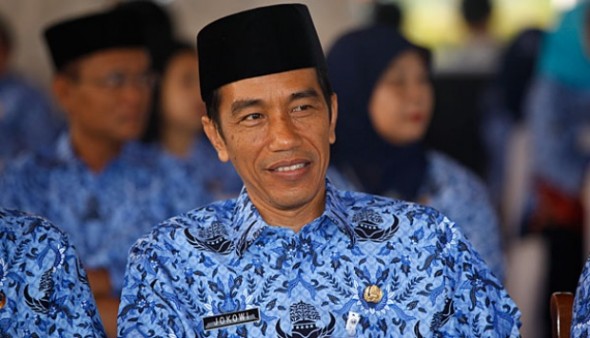 Given his penchant for empowering the people, it’s only natural, as noted in a recent Eurasia Review article, that Jokowi’s brand of open diplomacy reflects the Indonesian public’s preference for mutual trade, cultural exchanges and close personal relations with neighboring countries like Malaysia and Thailand.

In many ways, Jokowi seems particularly well-suited to charting a course for inclusive, sustainable development and building brighter futures for the people of Indonesia.  Let’s hope those who have something to say about his election see it that way too.