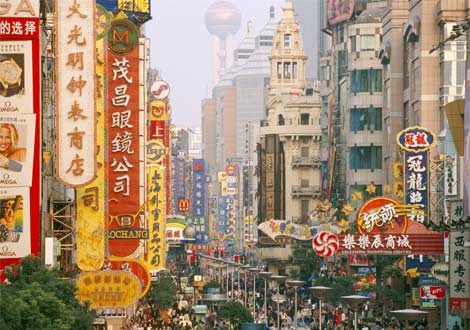 Credit Suisse Research’s Emerging Consumer Survey 2011, published in January 2011, analyzes consumer attitudes and behavior in the four official BRIC countries, along with Egypt, Indonesia and Saudi Arabia.  The Credit Suisse Report relies on consumer survey data from “close to 13,000 adults” across the seven markets that were collected through collaboration with ACNielsen, a global market research company.

The selection criteria for inclusion in the BRIC and similar country groupings are a recurring topic of debate.  Credit Suisse’s reasons for including Egypt, Indonesia and Saudi Arabia and excluding other countries are not directly addressed in the report.

Indonesia, the world’s fourth largest country by population with more than 237 million people, has frequently been proposed as a BRIC candidate due to its large market potential and strong economic performance in recent years.

Egypt is just one of several potential BRIC country candidates from Africa, including South Africa, Nigeria and Kenya.  China invited South Africa to become a BRIC member in 2010, though Jim O’Neill, the Chairman of Goldman Sachs Asset Management who is credited with first coining the “BRIC” term in a 2001 paper, has argued that South Africa’s population of 50 million people makes the country too small for BRIC status.  Saudi Arabia, with a population of 27 million people, is considerably smaller yet relative to other BRIC countries, Indonesia and Egypt.

The chart below presents economic development data for the selection of BRIC countries and other markets.  (Click on the image to view the full-size chart in a separate browser tab.)

Saving vs. Spending in China, Brazil and Other Emerging Markets

In several respects, China and Brazil present two very different patterns of consumer behavior in BRIC countries and other emerging markets.  Chinese demonstrate a strong inclination to delay current consumption in favor of saving for the future.  Brazilians, on the other hand, put a higher priority on living for the present by devoting a considerably larger share of income to discretionary spending.  On average, Chinese report saving 31 percent of income.  Brazilians report saving a relatively modest 10 percent, the lowest level of the four BRIC countries.

Differences in saving and spending behavior across the BRIC and other emerging market countries go deeper than average overall savings rates.  In Brazil and Egypt, 52 percent and 72 percent of survey respondents, respectively, indicated they were not able to set aside any income for savings.  By contrast, in India, which has a relatively low GDP per capita, only 2 percent of respondents reported not saving.

China emerged as the only country where monthly savings amounts continue to rise with higher monthly household income levels, rather than leveling off as they appear to in Brazil, India and Russia.  The Credit Suisse Report notes that China’s steady savings propensity translates to “much better relative growth prospects” for the “savings-related sector.”  The savings-related sector can include larger purchases of useful and discretionary goods and services, such as housing, education, transportation, durable household goods and vacations.

It should be noted that Brazil’s relatively strong preference for spending versus saving is probably also partly a product of the very high, rapidly rising inflation rates that plagued economic growth and development in many Latin America countries in the past.  This inflationary economic environment trained many Latin American consumers to spend their money as quickly as they earned it to avoid having inflation reduce its value to nearly nothing in a manner of months, days or even hours during the worst periods.

Consumer Spending in BRIC Countries and Other Emerging Markets

The share of consumer spending devoted to discretionary and useful goods and services tends to increase as incomes rise and countries achieve higher levels of development.

Food items are fundamental staples of the essential goods and services consumption category.  It’s a bit difficult to reconcile the report’s data on consumers’ food spending, though differences appear to at least partly be a function of timing and the impact of high economic growth rates.  Credit Suisse’s own Emerging Consumer Survey data from 2011 put consumers’ food purchases in China and India at roughly 19 percent and 23 percent of total monthly spending, respectively.  According to a compilation of somewhat older global data presented in the report’s Figure 4, consumers in both China and India devoted more than 30 percent of household expenditures to food purchases as of 2008.  Consumers in Brazil and Russia spend about 17 percent and 34 percent of income, respectively, on food according to Credit Suisse statistics.  In Egypt, Indonesia and Saudi Arabia, food accounts for around 40 percent, 29 percent and 24 percent of monthly consumer spending, respectively.

The available comparative data and inherent uncertainty about the reliability of consumer data from developing markets suggests that there could be considerable margin for error in these figures.  It seems likely that the above data may understate the burden of high food expenditures for low income consumers in the event of discrepancies.

Protein consumption is another interesting piece of data about consumer’s food spending in the BRIC countries and other emerging markets.  Across all countries, protein consumption as a share of total diet increases rapidly at the lowest income levels and tends to level off fairly quickly.  In the case of Brazil, China, Indonesia and Russia, protein consumption looks to remain relatively steady once average household income levels reach the equivalent of $2,000 to $3,000 per month at purchasing power parity (PPP).

As the share of household spending devoted to food purchases increases, food prices have greater impact on living standards, poverty rates, economic development and domestic politics.  High food prices and expenditures have played a part in fostering civil unrest in Egypt and other Arab countries in recent weeks and raising concerns about a possible food crisis in developing countries as world food prices reached their highest levels on record in January, 2011.

Despite the lingering issues with the world economy, consumer confidence across the BRIC countries and certain other emerging markets is strong in the wake and on-going expectation of high rates of economic growth, rising incomes and improving living standards.

In China and Brazil, close to 20 percent of consumers earning the equivalent of $2,000 ($US, PPP) or less per month plan to purchase a property within the next two years.  For Chinese consumers earning more than the $2,000 monthly threshold, the percentage of consumers expecting to buy property rises to 30 percent.  In India, 18 percent of consumers who earn $1,000 to $2,000 ($US, PPP) per month plan to purchase property within two years.  Indonesians have a fairly large appetite for property purchases even relative to consumers in their official BRIC counterparts.  In the next two years, 24 percent, 36 percent and 56 percent of Indonesian consumers in the three respective income brackets plan to buy property.

Rapid economic growth in China and other countries has had a tendency to quickly drive up real estate prices and raises concerns about the potential for property bubbles when prices reach the point that they are no longer supported by underlying economic fundamentals.  In China’s case, high personal savings rates provide at least some reassurance that inflated real estate prices are less likely to lead to the extent of financial damage they have in many developed countries in recent years. 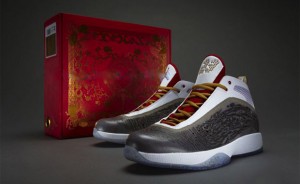 Consumers in Russia are most likely to report planning a foreign holiday in the next 12 months.  As might be expected, income levels have a bigger effect on relatively expensive foreign travel plans than on purchases of less costly sports wear and smart phones.  In Russia, 26 percent of respondents in the top income level plan to go on a foreign holiday in the next year.  The share of foreign holiday planners drops to 13 percent of Russians in the middle income category earning the equivalent of $1,000 to $2,000 per month and 6 percent of Russians earning less than $1,000.

In China, the shares of consumers planning foreign holiday travel for the top, middle and low income brackets are 9, 4 and 2 percent, respectively.  In Brazil, India and Egypt, one percent or less of consumers across all income brackets other than the top tier of Brazilian earners expect to take a foreign holiday in the next year.  Even for the highest earning consumers in Brazil, the share of international vacationers comes in at a relatively modest three percent.

In Russia and China, it appears that growth in the travel and tourism market will likely correlate relatively closely with increases in income and, particularly, the number of households moving into higher income brackets.

Consumers in China and Saudi Arabia account for most planned purchases of smart phones.  The data are curiously similar for both countries.  In China, the shares of consumers planning to buy smart phones for the top, middle and low income brackets are 15, 10 and 8 percent, respectively.  In Saudi Arabia, the shares of consumers expecting to purchase smart phones for the same order of the three income brackets are 14, 11 and 9 percent, respectively.

Income distribution is an important development characteristic that can have important implications for economic growth, living standards and domestic politics.  As economies develop, more equal income distribution can help foster domestic demand and the shift in consumer spending from essential to useful and discretionary goods and services.

The Credit Suisse report notes that the large share of households earning less than the equivalent of $1,000 (US$, PPP) per month in the BRIC and other selected countries skews consumer spending toward essential goods and services at current levels of economic development.  The chart below reproduces the household income distribution data from the Credit Suisse research and includes the most recent available GINI Index values from the World Bank’s World Development Indicators (WDI) database.  (Click on the image to view the full-size chart in a separate browser tab.)

The Credit Suisse Consumption Map and analysis of consumer spending attitudes and behaviors in the BRIC and other countries point to important patterns in the development of emerging markets as well as some interesting differences across countries and cultures.  As economies develop, consumer spending in emerging markets moves from purchases of essential goods and services toward more intensive purchases of useful and discretionary goods and services.

Brazilians live up to their reputation for enjoying life and living in the moment by being quicker to adopt discretionary spending habits that often resemble those of developed countries, though this behavior is also partly a product of past economic circumstances.  Chinese tend to take a more conservative, long-term approach to consumer spending by maintaining much higher rates of savings than other BRIC and developing countries even as their income levels continue to rise.

Overall, the high degrees of consumer confidence and rapid economic development across the BRIC countries is an encouraging sign of their capacity to sustain and grow the global economy and contribute to rising living standards around the world.