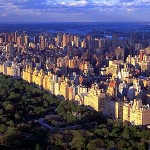 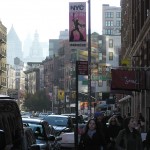 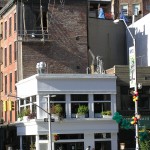 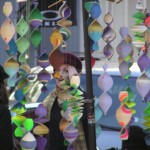 New York City’s (NYC) intoxicating blend of energy, international dynamism, influence and street culture makes for one of the great world cities. In New York, the potential for a thrilling, unexpected encounter always seems to be hiding in plain sight around every corner.

New York has long been ahead of its time as a driver of international collaboration and globalization. A prized destination for those in search of opportunity, challenge, diversity and inspiration, NYC draws nearly one-third of its residents from somewhere else. Representatives from the 193 member countries of the United Nations General Assembly convene each September at the U.N. headquarters in New York’s midtown neighborhood.

New York City encompasses the five boroughs of Manhattan, Brooklyn, the Bronx, Queens and Staten Island.  (Click on the image below to view the full-size map in a separate window or browser tab.) 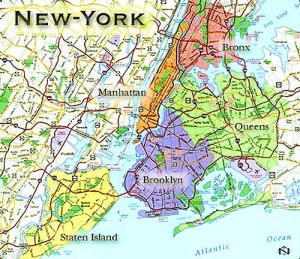 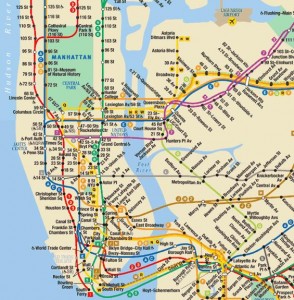 Foreign transplants and visitors from far away lands stand a better chance of enjoying some of the comforts of home in New York City than most any other place on the planet. In a fascinating New York Times Op-ed titled “My Endless New York” by acclaimed British historian Tony Judt, who came to New York University by way of Oxford, New York is, “a city more at home in the world than in its home country …. As a European, I feel more myself in New York than in the European Union’s semi-detached British satellite [London], and I have Brazilian and Arab friends here who share the same sentiment.” No doubt aware of many of the locals’ foreign connections and international orientation, many NYC eating establishments don’t even bother to translate names or menu offerings from the native languages of their culinary origins.

Art and Culture, Low and High

An inspiring center of creative expression, New York City draws aspiring and established artists and their admirers to create and experience a rich array of cultural offerings. From the polished galleries of Tribeca and Soho to the street art of Union Square, New York’s art world caters to all manner of tastes and economic profiles.

From Broadway stars to street buskers, performance arts hold a special place in New York’s cultural sole. Many NYC subway goers appear to genuinely enjoy being serenaded by the sweet harmony of an old school, Motown-style doo wop group or the eclectic stylings of a traveling guitar player.

Many art-house documentary, social issue and foreign films get their start in New York and Los Angeles before, hopefully, making their way to the rest of the country or world. Cinemas like IFC Center in the West Village, Soho’s Angelika Film Center and the Landmark Sunshine Theater in the Bowery help give life to works that might otherwise go largely under-appreciated. DOC NYC, held at IFC Center and New York University (NYU) in Greenwich Village, has quickly climbed near the top of the list of leading documentary film festivals in the U.S.

New York University’s (NYU) Tisch School of the Arts and Columbia University’s Journalism School are highly regarded training grounds for the next generation of digital media makers and story tellers. Famous graduates of the prestigious Parsons The New School for Design nearby Union Square include Marc Jacobs and Norman Rockwell. Brooklyn’s Pratt Institute is known for its high-ranking schools of interior, industrial and graphic design and architecture program.

New York City’s penchant for creativity, in all degrees of refinement, is reflected in the city’s thriving food culture. Business moguls, philanthropists and other members of New York’s high society spend many an evening attending dinner engagements at the likes of Per Se, Le Bernardin, Daniel and Eleven Madison Park.

While New York has more than its fair share of exclusive, high-end eateries and globe-trotting celebrity chefs, the city’s food scene arguably owes as much to the vast, enterprising cadre of culinary entrepreneurs who ply their satisfying, mouth-watering wares on food carts and trucks throughout the city.

Far from limited to the more and less rarified realms of art and food, creativity is also a defining characteristic of New York’s business world. A long-time leader in a host of creative industries, New York is home to many of the most influential corporations and personalities in old and new media, design, advertising and fashion.

Despite the breadth and variety of New York’s business community, there’s no escaping the importance of financial services to the livelihoods of the city and its residents. The financial industry pays the way of more New Yorkers than any other sector. Not ones to welcome being outdone, even the titans of Wall Street seem compelled to express their creativity by engineering increasingly complex financial instruments.

For those tempted by all that the city has to offer, it’s worth noting that New York is also undoubtedly home to the U.S.’ most costly, daunting and perplexing housing market. The average price for a Manhattan apartment was $1.4 million as of mid-2011, while the median stood at $800,000. Even at these levels, buyers can take consolation in knowing that this works out to pricing per square foot well off the late 2008 peak of $1,400 for a condo or co-op. At that rate, a cool $1.4 million would be good for 1,000 square feet, while $800K would work out to a rather more modest 571 square feet, still relatively decent-sized for a one-bedroom apartment in Manhattan.

Considering these price points, it comes as no surprise that the vast majority of New York City residents, some 73 or so percent, are renters. The scale and complexity of NYC’s rental market supports a byzantine-like structure of apartment brokers, landlords and approval procedures that initially overwhelms most first-time renters. The mere act of assembling all the paperwork necessary to apply for an apartment often causes many people to lose out on their first attempt at landing a place.

A demanding, for many even frenetic, lifestyle of navigating super-charged urban stimuli, intense schedules and all manner of culinary temptations, all while calling home to exorbitantly over-priced, invariably cramped accommodations, makes it tempting to assume that New Yorkers are particularly prone to sudden, premature departures from the planet.

In fact, just the opposite seems to be true. As of a few years back, a New Yorker born in 2004 could expect to live nine months longer than the average American, according to a New York Magazine article, “Why New Yorkers Last Longer.” During a roughly 15 year period from 1990, life expectancy in New York City increased by 6.2 years, more than doubling the concurrent increase of 2.5 years for the average American.

Aggressive policing, new AIDS drugs and other improvements in medical treatments and health care all played important roles in disproportionately boosting life expectancy in New York. But a key source of New Yorkers’ longevity has been traced to a simpler explanation, walking. Not only do New Yorkers walk a lot, they have a habit of walking much faster than residents of anywhere else in the country, which has been linked to significant health benefits. In the words of an admittedly not unbiased New York Magazine piece, “The natives blast down the sidewalk at blitzkrieg pace, and the visitors mosey along like pack mules.”

In other arenas, New York City has consistently been at the vanguard of taking measures aimed at improving health and well-being. The city was one of the first to ban smoking in public places, including all bars and restaurants, as early as 2003.

Mayor Bloomberg’s administration extended NYC’s laudable efforts to prescribe healthier habits and set national standards by voting to ban trans-fats in public eating establishments and requiring disclosure of calorie counts. In 2006, the New York City Board of Health voted to adopt the country’s first major municipal ban on artificial trans-fats in restaurant cooking. Since July 2008, NYC restaurants and coffee chains have been required to display calorie counts on their menus.

Motivated as much by environmental as health concerns, NYC has encouraged residents to cycle away calories they do consume by aggressively expanding urban bike routes. From 2007 to 2011, the city has installed some 260 miles of bike lanes in the “densest, most contested parts of town,” according to New York City Transportation Commissioner Janette Sadik-Khan.

If New Yorkers are really healthy and maybe even happy, why aren’t they nicer? Visitors to New York can come away feeling the natives are a bit gruff or even rude. On the other hand, many residents would beg to differ that this impression is merely an unfortunate misconception of the natives’ inclination to be direct and relatively unreserved and visitors not enjoying enough quality interaction time to appreciate the endearing upside of New Yorkers’ unabashed frankness.

Land of Adventure and Opportunity

Never meant to be experienced from the confines of a cramped apartment, life in New York City always seems to offer up something interesting to see or do, many of which don’t even come with a cost of admission. A trip to the East Village, Washington Square Park in Greenwich Village, Union Square, Central Park or any number of other spots is almost sure to come with a healthy dose of entertainment and inspiration.

If you’re planning to visit New York, consider checking out this pass for discounted admission to a variety of sights and cultural attractions: